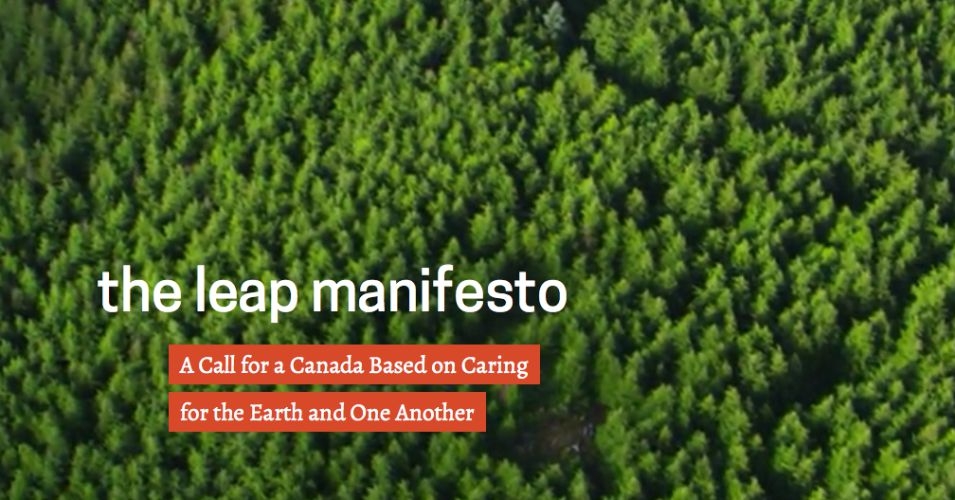 It’s been nearly 6 months since the federal election and we’ve seen a Liberal government that has taken many steps in the right direction such as the appointment of a gender balanced cabinet and the welcoming of 25,000 Syrian refugees into Canada. On the climate change file however, there is little in the way of concrete action this issue so urgently needs. The recent climate change conference with the premiers has produced little more than an agreement to study the matter further and report back in October.

Most economists have endorsed the need for carbon pricing in a manner similar to the model enacted in British Columbia, as the most effective way to induce the necessary changes required to move off of fossil fuels so destructive to our climate future. We in the Green party advocate a form of carbon pricing known as fee and dividend to most effectively deal with the issue – that is a fee on carbon and a corresponding dividend to all Canadians – rather than the flawed approach the Ontario Liberal government is taking with cap and trade. The carbon pricing mechanism needs to be administered on a national level so that border adjustments can be imposed to insure domestic industries do not suffer a competitive disadvantage and so all businesses and individuals are treated equally and fairly.

Yet our governments and corporate leaders have squandered so much time averting effective action that it calls into question the ability of our current political-societal structure to cope with the crisis. If you have read Naomi Klein’s book “This Changes Everything: Capitalism vs the Climate”, you will know her opinion (in common with her husband, filmmaker Avi Lewis) that a broad coalition of social movements linking social justice issues with climate justice is required to confront the intransigent ‘capitalist order’ if we are to achieve the measures required to prevent the most catastrophic effects of climate change. The LEAP manifesto was created to articulate the principles and framework for achieving that goal.

The founding of LEAP is discussed by Klein herself in the following article from the Guardian.
http://www.theguardian.com/commentisfree/2016/feb/04/leap-year-fossil-fuel-leap-manifestos-naomi-klein

The link below shows how closely the LEAP manifesto matches our Green party policy.
http://www.greenparty.ca/en/media-release/2016-04-07/election-2015-leap-manifesto-dont-just-sign-it-vote-it

You can find more on climate change initiatives on our website at:
http://www.green-ssw.ca/resources-on-climate-change/

It includes a link to a review of Klein’s book by John Riddell of the local ‘East End NO Tar’ organization.

There is also a link to an interesting exchange from last year on the CBC program Q between Klein and Lewis on the one side versus capitalist Michael Wekerle of CBC’s Dragon Den on the other.

One of our most active Green party members here in Scarborough Southwest, Richard Hennick has joined in with East End Climate Action and has asked us to announce the following LEAP event scheduled for right here in our riding at Variety Village on Sunday April 24, 1:30-3pm featuring Avi Lewis. I hope you can come to this event and meet the people there involved with LEAP to discuss this extremely important issue.